The Swiss company Jet Aviation AG, one of the leading business aviation services companies in the world, called upon Creaform’s 3D Engineering Services to 3D model the interior of an empty Boeing 737-800 aircraft. The objective was to get a virtual representation of the interior, where Jet Aviation would ultimately install the interior that it would design and manufacture.

Having the information at hand before the physical aircraft is actually made available enables engineers to get to work knowing that their design will yield minimum interference with the actual aircraft’s structure and systems. Another key benefit is upfront project de-risking, through identification of potential interference areas ahead of time, and a greater likelihood of reducing expensive design iterations. It also provides enhanced Context Management (i.e. visual platform showing inter-relationship of monuments across all engineering disciplines and exposing/preventing any potential clash).

Creaform’s 3D Engineering Services Division was contracted to scan the cabin and the cargo area of an empty Boeing 737-800. The process involved a preparation meeting held on an airfield in Germany between the plane operator, Jet Aviation and Creaform.

During the summer 2011, the plane was wheeled in a hangar and hoisted on jacks for a 3 week period. The hoisting ensured that the aircraft would remain static during the entire period of the scan, and thus, ensured consistent, day-to-day- data capture. The interior was stripped from its insulation and floor boards to expose the structure and systems that would be scanned.

A team of Creaform applications engineers digitalized then the aircrafts’ interior with HandySCAN 3D scanners, a Leica long-range scanner, MetraSCAN 3D optical CMM 3D scanners with C-Track sensors and a system for the photogrammetry part. Once the data was acquired and compiled, the scanning results were sent back to Creaform’s Computer-Assisted Design department in Canada to be processed into a CAD reconstructed model. As the model was being reconstructed, Creaform would feed Jet Aviation with data so that the work could be assessed and validated in parallel.

Using CATIA V5 software, Creaform designers reconstructed the plane’s interior, including the various elements of the plane’s structure, such as floor beams and plates, frames, mechanisms, and various types of piping and wiring. Work was broken down into parts according to the plane’s sections. Using digital files, solid models of airplane elements were recreated. These solid models can be sectioned, and planes or surfaces can be built directly on top of them. For objects with continuous sections, solid models were generated either as an extruded section following a direction or as a scanned section following a trajectory. For non-continuous parts (e.g., in the case of certain mechanisms), the elements were broken down into basic pieces that could be redefined using simple geometric functions.

Surface models were used to render some objects whose shapes were too complex. The surface models were then thickened to obtain solid models. For this reconstruction, the degree of precision required enabled Creaform to reuse reconstructed elements in different places, such as for the pulleys that guide the control cables.

All reconstruction files were assembled to produce a 3D model of a Boeing 737 interior and delivered to Jet Aviation, which used the virtual 3D reproduction to design, produce, and assemble the plane’s interior furnishings.

The process to build and evaluate the model took some 4-5 months of collaborative work between Jet Aviation and Creaform. 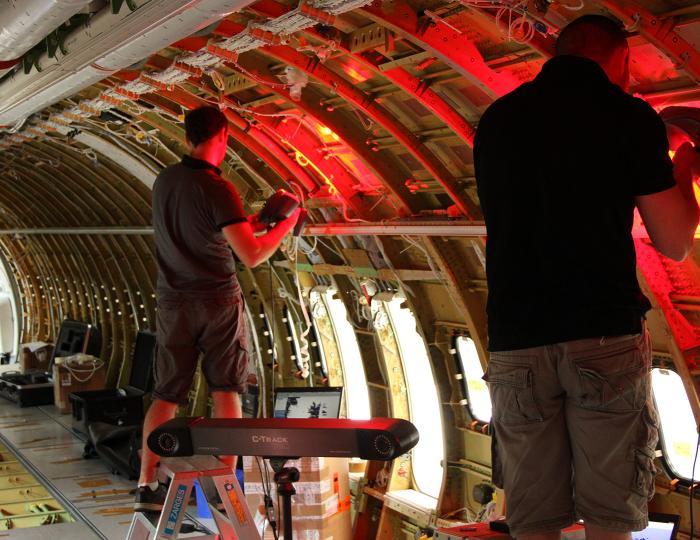 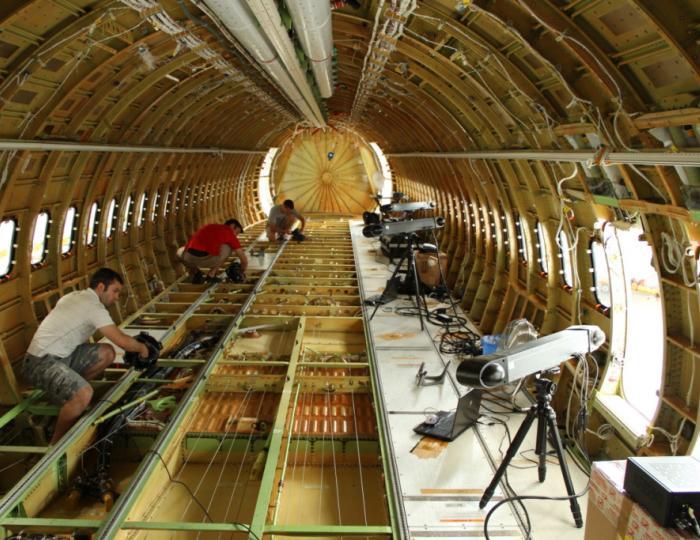 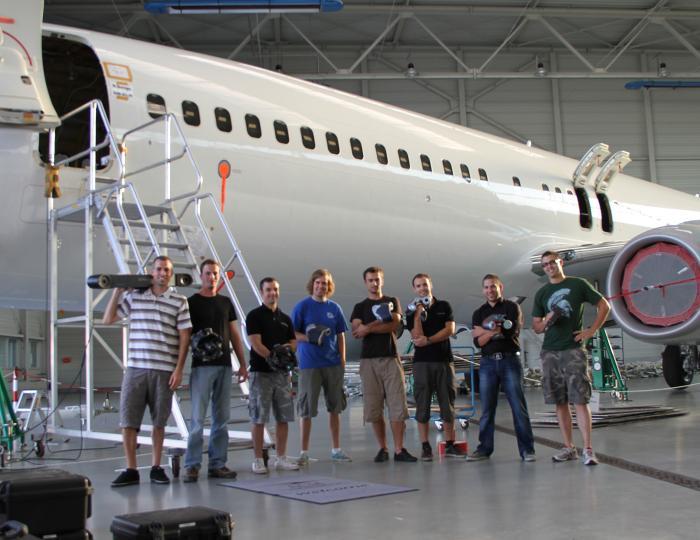 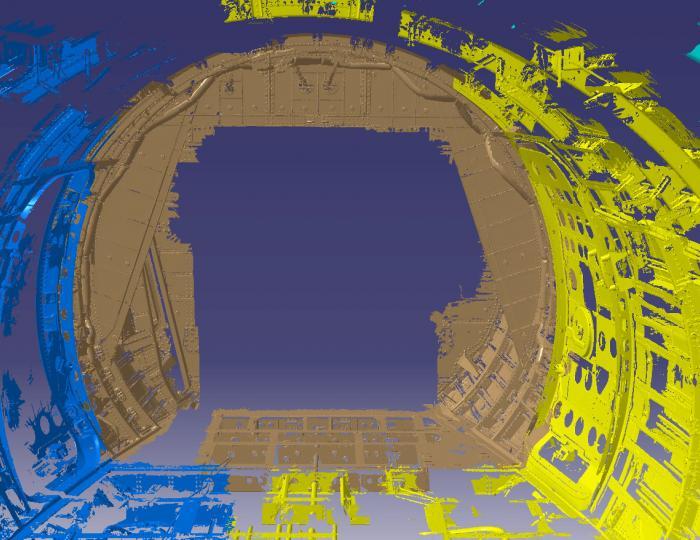 Based on the client’s needs, Creaform used the following tools and methods:

I am very pleased with the successful outcome of this 3D scan project. Creaform was successful in establishing a good communication bridge, which enabled an upfront management of expectations and frequent validation of these expectations. The entire Creaform team, both in France and Canada, displayed a high level of professionalism and competency. As Jet Aviation has significantly invested in 3D capabilities to design and build interiors, Creaform’s technologies will help Jet Aviation to facilitate a higher realization of benefits from these 3D tool investments. Additionally, from a project perspective, the fact that we have access to reliable data upfront in the project helps in mitigating some of the technical risks and are reliable substitutes to having access to the actual physical aircraft.

NEED HELP WITH A SIMILAR PROJECT?

Creaform has a breadth of services that cater to the unique and stringent needs in the recreational vehicle industry. Speak to our experts today to see how we can complement your next project.

Any cookies that may not be particularly necessary for the website to function and is used specifically to collect user personal data via analytics, ads, other embedded contents are termed as non-necessary cookies. It is mandatory to procure user consent prior to running these cookies on your website.